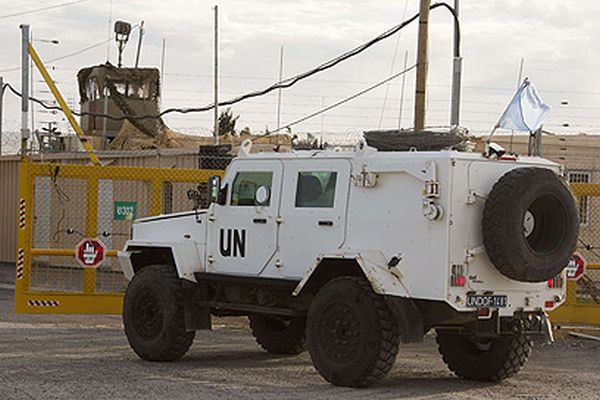 The UN contingent is monitoring the border between Israel and Syria, near the Golan Heights

The UN announced that, on Thursday, 43 members of the UN peacekeeping contingent were kidnapped by an Islamist group near the Golan Heights, according to AFP.

The UN contingent is monitoring the border between Israel and Syria, near the Golan Heights.

The kidnappings occurred on the Syrian side of the border, in an area where clashes occur between Syrian security services and insurgent groups, said Stephane Dujarric, UN spokesman.

According to the UN, another 81 members of the peace contingent are trapped near the Ar Ruwayhinah and Burayqah cities.

The United Nations did not specify which group claimed to have captured the soldiers. There are numerous armed groups active in said region, including the Al-Nusra Front, affiliated with the Al-Qaida terrorist network.